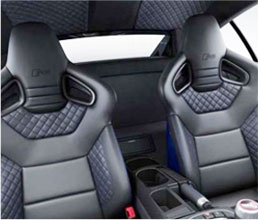 ‘I was importing a vehicle for the first time from the UK to Kenya and was quite apprehensive on how to go about it and particularly which agent to use. At the time, there was news on a number of high end vehicles that had been stolen from the UK and nabbed by the tax authorities in Kenya having been smuggled into the country using fake documentations.

I was given the contacts of UK RoadRunner from a friend and in spite of my apprehension, I called Frank of UK RoadRunner and provided the specs of the vehicle I wanted to import. The company provided an end to end service right from procuring the vehicle in the UK and eventual delivery to my address in Nairobi- a process that took just a month. I was impressed by the guidance I got in terms of the costs involved and this helped greatly in my planning. Besides, Frank kept me informed about each stage of the process. The vehicle arrived, not only on time but also in very clean state having opted to ship it in a container rather than the RoRo.

The whole process was flawless and timely and Frank was available to advise even on the post-delivery issues such as procurement of spare parts. Although this is my first experience with this company, I would highly recommend it to anyone intending to import a vehicle from the UK’

Cedrick Todwell
17:23 20 Oct 19
I had tried some previous exporters and I was totally disappointed,but when I got intouch with... UKroadrunner ,it was the opposite .The company was very professional and transparent .They updated me during the entire sales process and due to that ,I have bought more than 1 car through the .Keep up Frank and team the good workread more

JACKSON WAMBUA KIMWELE
16:03 18 Oct 19
This is a genuine company doing genuine business. I ordered a vehicle with them and it was... delivered on time and in pretty good condition. I can recommend any day and time.read more

Penina Kalondu
14:13 13 Sep 19
Best possible decision to Source and Import vehicles and spare parts with from UK.Friendly staff... always there to assist 24/7 and in a professional way. When I think of any European vehicle I think UK Roadrunner.Thank you Frank and team for making me a happy customer. I will be back soon.🙂read more